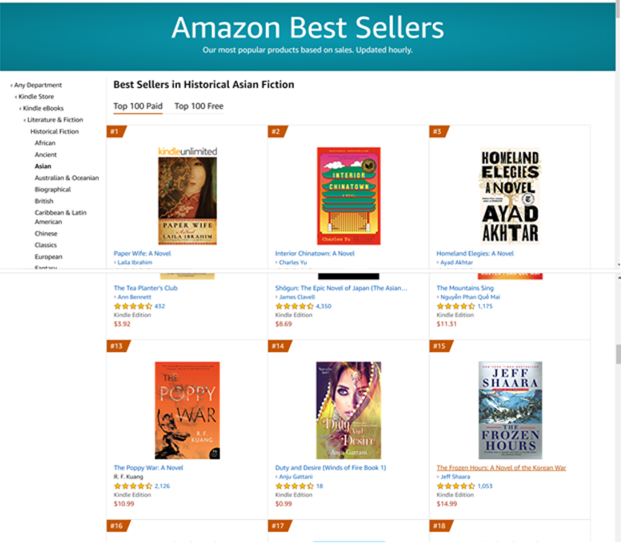 “Hard to believe this lush, passionate novel is the author’s first. In Duty and Desire, Anju Gattani has created an utterly immersive reading experience—fascinating characters, evocative details, compelling dramatic turns, all set against the teeming irrepressible vibrancy of modern-day India. A bravura performance.” —David Corbett, award-winning author of The Art of Character

“This story enraptures the reader and you can nearly taste the spices and smell the incense through the words Gattani creatively puts down on paper! Buying this book will be a delight to readers who want a story that pulls your heart strings and takes you to a land that is enchanting!” ~~The High Society Book Club

“Duty and Desire kept me captivated from the first sentence to the very end. An enticing Downton Abbey-style saga, but set in India! I simply adored it and I cannot wait to read the next book in the series.”  ~~Barbara Bos, Managing Editor, www.booksbywomen.org

“With a richly evoked sense of place and culture, Duty and Desire is a deeply engrossing depiction of one woman’s struggle for love and independence. It will keep you turning pages until the end.” ~~ Ausma Zehanat Khan, author of A Deadly Divide

“Like all good stories the story of Sheetal conveys deeper meanings about human experiences and relationships. Duty and Desire is definitely a bridger of cultures; educating readers about and celebrating Indian culture whilst keeping the reader well hooked.” ~~Qaisra Shahraz, peace activist, author of ‘The Holy Woman’ & Founder/Executive Director of Muslim Arts and Culture Festival, UK

“Duty and Desire will lead you down a path where men do no wrong and women have no choices. It is a story that will stay with you long after the rich imagery disappears.” ~~Barbara Conrey, USA Today Bestseller, author of Nowhere Near Goodbye

Adored and pampered by her parents, accustomed to the comforts of wealth, Sheetal Prasad has never questioned the Indian culture that governs her life, nor doubted her parents’ ability to provide for her happiness…until she falls in love with Arvind, a college classmate—then meets the man her parents have decreed that she marry.

Spoiled, multi-millionaire playboy Rakesh Dhanraj, CEO of Dhanraj & Son, proposes a merger of the two families that will elevate the Prasads into the ranks of India’s elite. While society hails the Dhanraj-Prasad union as the wedding of the decade, Sheetal begs her parents to call off the marriage. She argues that, as a modern woman, she should be free to work outside the home and marry for love, not be bound by outdated traditions. Threatened by her parents with poverty, shame and becoming an outcast, Sheetal relents and marries Rakesh.

After raping Sheetal on their wedding night, Rakesh abandons her in his family’s twenty-five-bedroom mansion. Because the Dhanrajs are far wealthier than the Prasads and Sheetal’s worth is judged according to her father’s status, Sheetal is treated like a servant.

Determined to escape Dhanraj tyranny, Sheetal searches for a way to dissolve her marriage. In the process, she uncovers family secrets that help her understand Rakesh but destroys any fledgling hope for security and happiness. Only now, she’s pregnant. In an effort to preserve his public façade, Rakesh promises to do anything Sheetal asks if she’ll stay in the marriage.

With her own Prasad family secrets coming to light, and Arvind having fled Raigun, Sheetal has no safe place to go if she leaves Rakesh. For the sake of her infant son, heir to the Dhanraj fortune, Sheetal abandons her plans for divorce.

Rakesh’s reputation now secure, but his business empire faltering, he turns to alcohol, affairs and frequent travel to avoid Sheetal and to concentrate on his company.

By the time Sheetal learns of Rakesh’s betrayals, the Dhanraj mansion has become a luxurious prison too dangerous in which to raise a child. Yet, even if she and her son flee the country, her celebrity status and Rakesh’s wealth almost guarantee that he’ll find her. But with Sheetal’s eight-year-old son displaying symptoms of PTSD, staying in the physically and emotionally abusive marriage is no longer an option. Their only hope for survival is to reject financial security in favor of freedom, even at the risk of losing their lives.

Duty and Desire is available on: